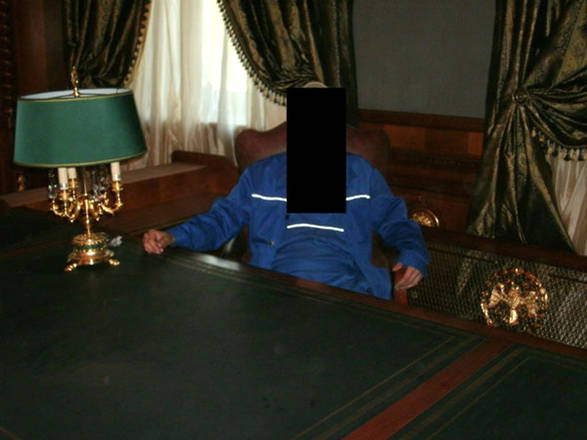 The site RuLeaks.net, a sort of ‘Russian Wikileaks’, has been blocked since the publication of photos of a luxurious Italian-style palace on the Black Sea to the Washington Post, in an article last December 23, attributed to Prime Minister Vladimir Putin.

Well, what can we say from this photo. Putin loves old style decor and traditional interior design and that worker can not belive that he will not become popular because editor in the Washington Post put black box over his face. Too bad for him.

Vladimir Vladimirovich Putin ( born 7 October 1952) is the current Prime Minister of Russia, as well as chairman of United Russia and Chairman of the Council of Ministers of the Union of Russia and Belarus. He became acting President on 31 December 1999, when president Boris Yeltsin resigned in a surprising move. Putin won the 2000 presidential election and in 2004 he was re-elected for a second term lasting until 7 May 2008.

A room with a view in New York

Madonna is living in a material world

A room with a view in New York