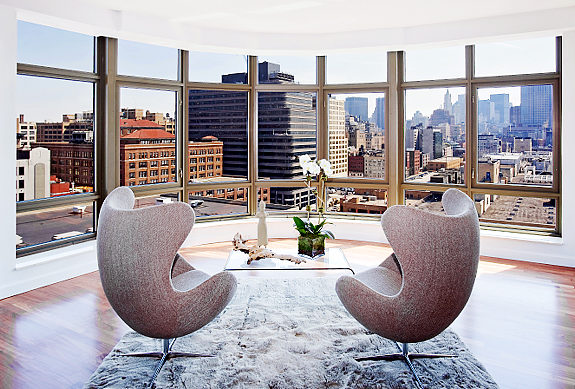 Do you like room with a beautiful view? If you do then you will adore this apartment in New York! It belogns to actresses Mary-Kate and Ashley Olsen.

Can you imagine how it is to sit in a famous Egg chair and watch Big Apple’s skyscrapers? Well photographer Evan Joseph certainly can becuse he made this beatiful photo. Too bad we don’t have any more pictures from this interior.

Mary-Kate Olsen (born June 13, 1986) is an American actress, producer, author and fashion designer. She made her career debut in 1987 alongside her twin sister Ashley Olsen in the television series Full House. Following the huge success of Full House in America, Mary-Kate and Ashley established a successful career starring in television and film roles that saw her become an international household name.