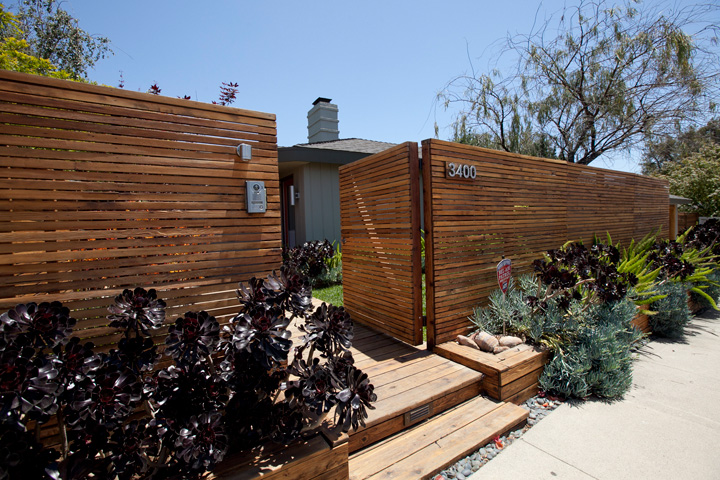 She may have played a scissor sister on the long-ago canceled lesbianic drama The L Word but in real life actress Erin Daniels is a married heterosexual mother of one who, a little birdie told Your Mama, listed her renovated 1940s ranch-bungalow in the Hollywood Hills with an asking price of $925,000.

[ad#Google Adsense u tekstu]Long before she married her indie flick producer/post production executive (and baby daddy) Chris Uettwiller in 2008, property records show Miz Daniels purchased her house in the Hollywood Manor ‘hood in July 2000 for $575,000. Current listing information puts the renovated residence at a modest 1,795 square feet with 3 bedrooms and 2 bathrooms while The Los Angeles County Tax Man shows a slightly smaller 1,662 square feet with 2 bedrooms and 2 bathrooms. Make of those small (but important) discrepancies what you will.

A high, modern-minded fence fashioned from thin, horizontal wood slats surrounds the front yard and forms a private entry courtyard. A long and narrow entrance corridor connects the glass front door to a compact, L-shaped “formal” living and dining room with fireplace, oak floors, and one big window with a view of the front courtyard. 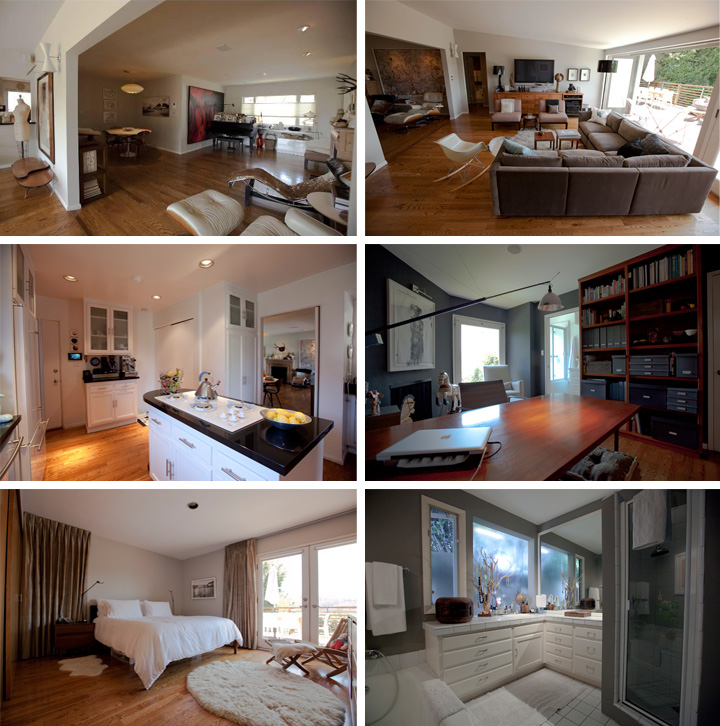 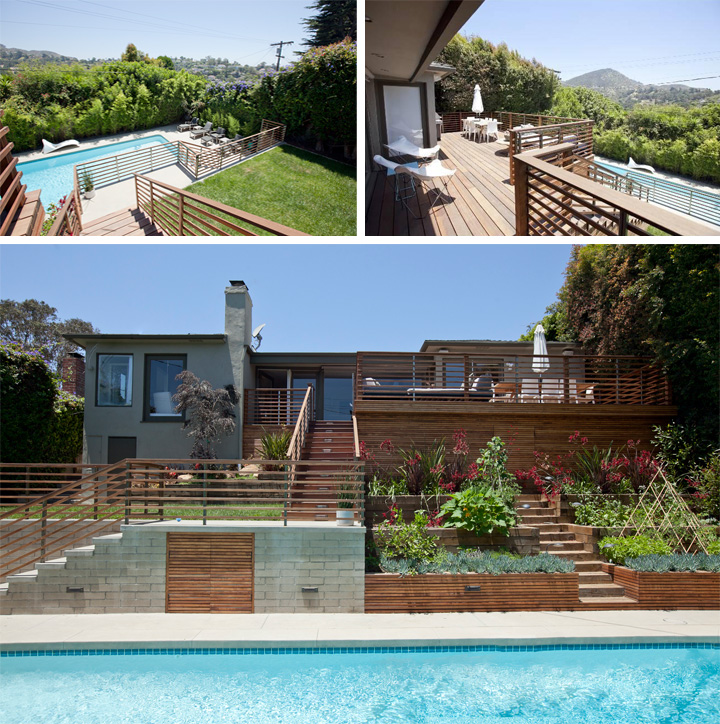