Movie buffs and Harrison Ford fans will want to gather ‘round because the home used in the filming of the 1993 thriller The Fugitive is up for grabs in Chicago, IL.

[ad#Google Adsense u tekstu]As many may or may not recall, the Lincoln Park house was used as the site of the infamous brutal slaying of Ford’s fictional movie wife, Helen (played by Sela Ward) – an action that sets off a chain of events based around Ford’s falsely accused character, Dr. Richard Kimble, having to outrun Johnny Law (aka an unrelenting team of US Marshals led by Tommy Lee Jones’ character, Deputy Samuel Gerard) and answer the time old question of “Who bludgeoned my wife?” to clear his name.

Found just a stone’s throw away from the Lincoln Park Zoo, the $3.699 million property was extensively renovated by the current owner sometime after the filming of The Fugitive took place. The home now boasts offers a tastefully robust 6,129-square-feet of living space, spread across four floors. 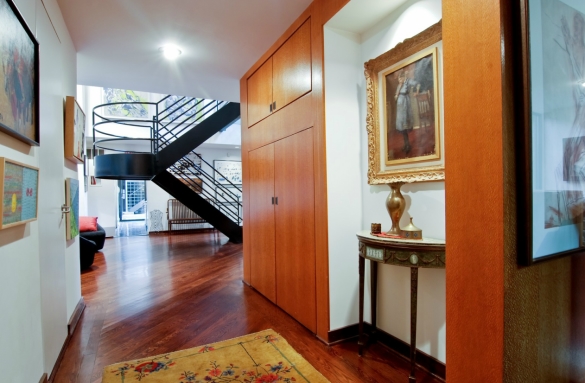 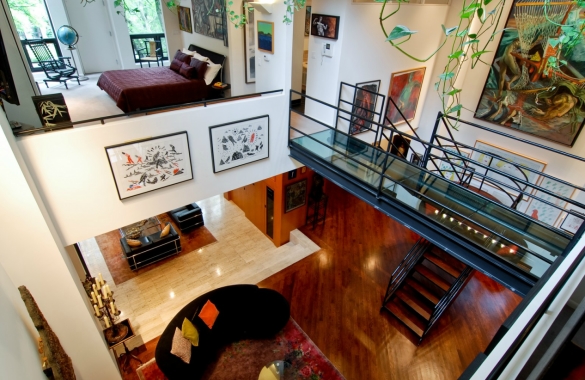 The interior takes on a cathedral-modern feel thanks to a living room ceiling that stretches to the top floor, while various bedrooms are presented in an open, loft-style manner and are accessed via steel and glass catwalks, and the home’s elevator. Rounding out the impressive home offering is a sauna, indoor pool and a rooftop deck.

The listing is presented by Margaret Wilczek of Prudential Rubloff Properties. 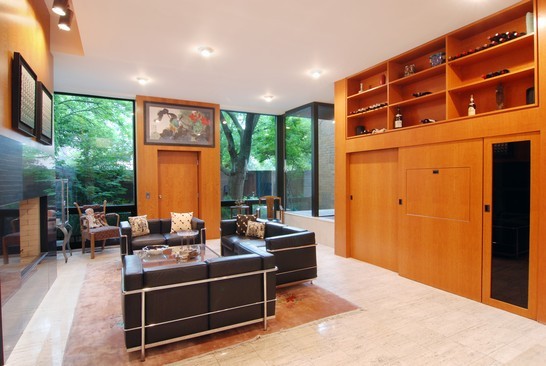 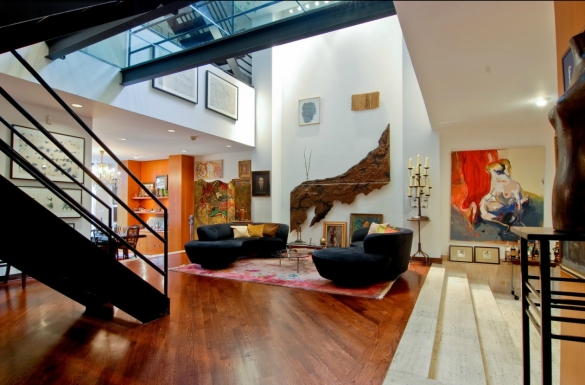 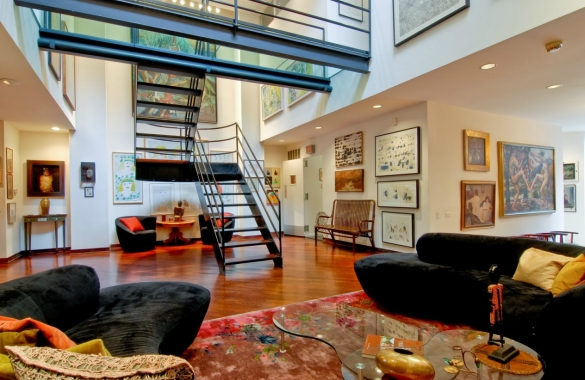 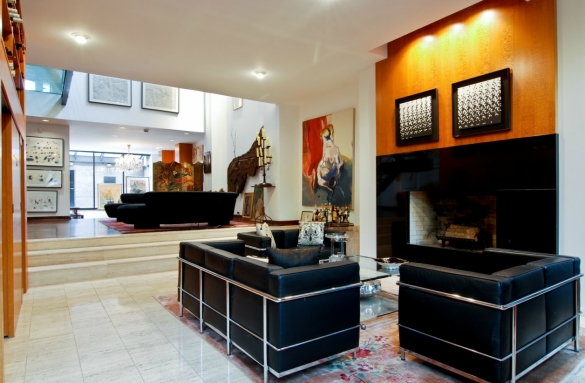 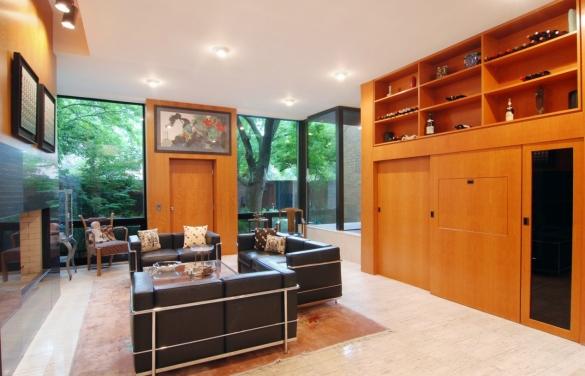 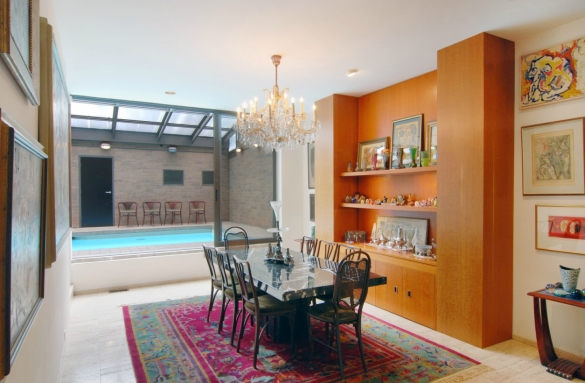 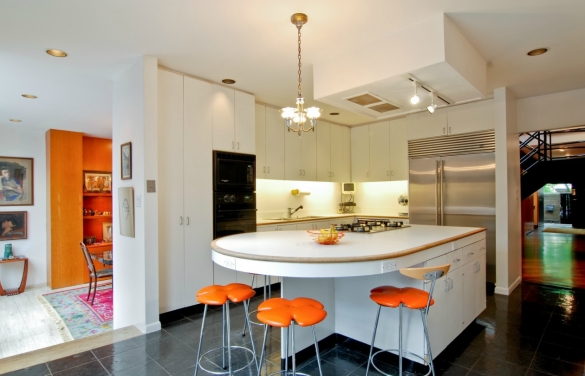 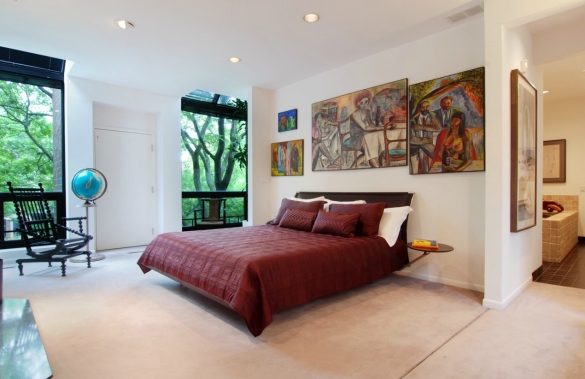 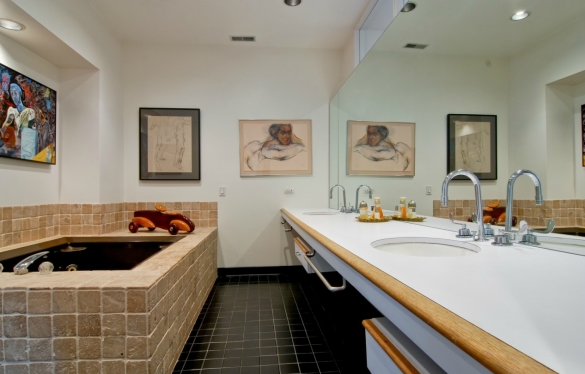 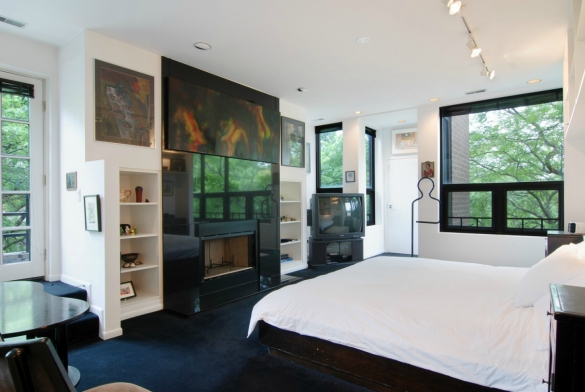 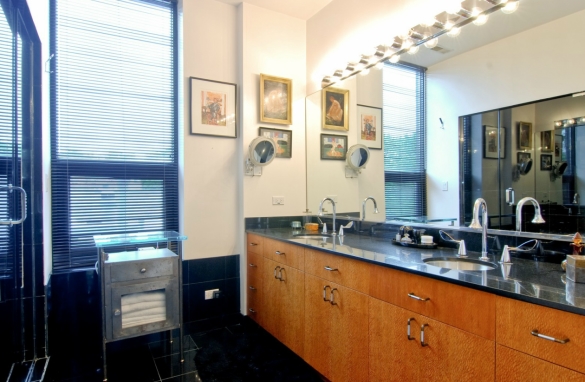 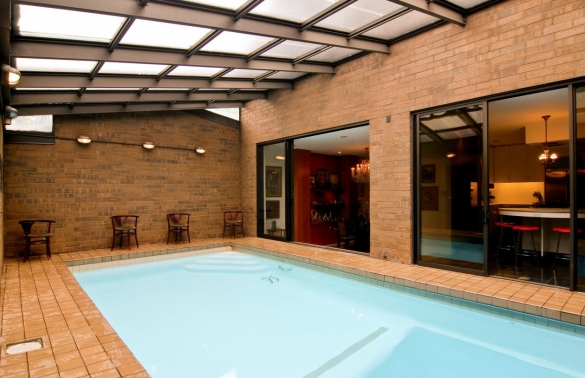 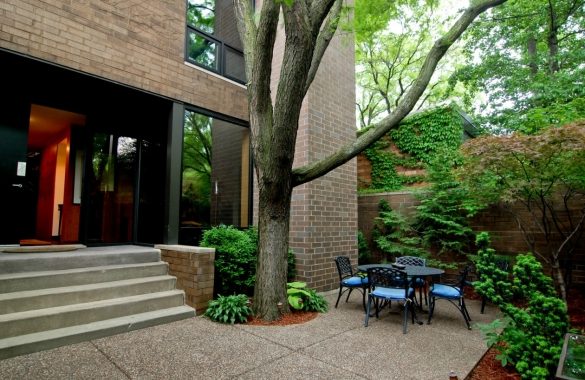 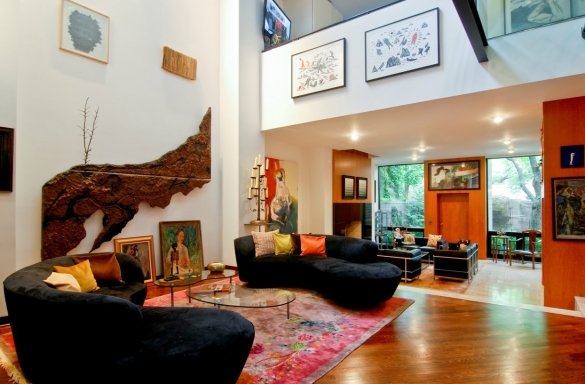 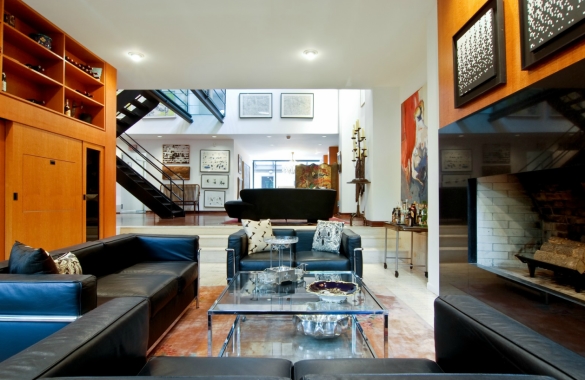 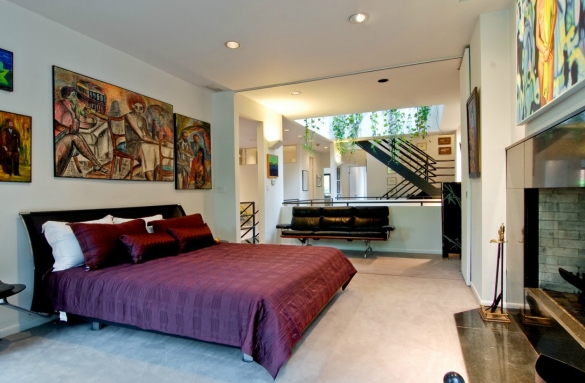 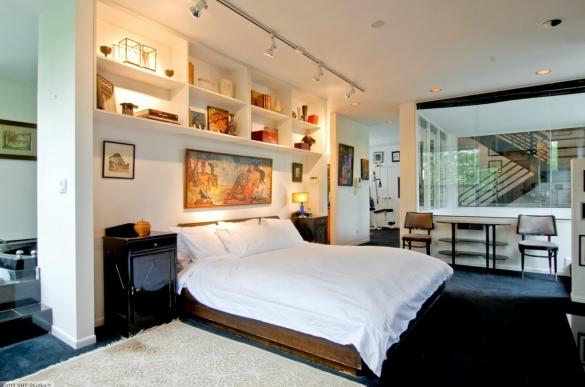 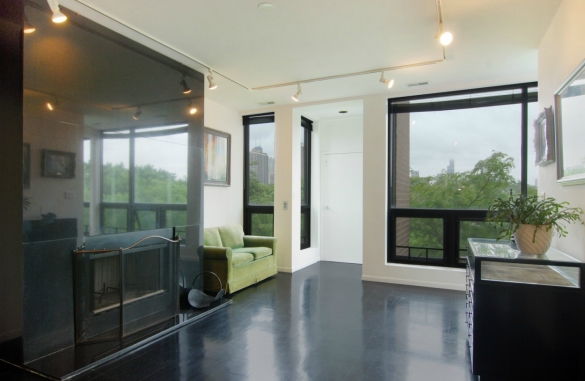 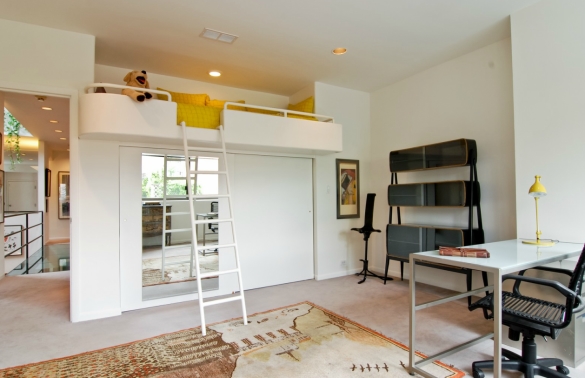 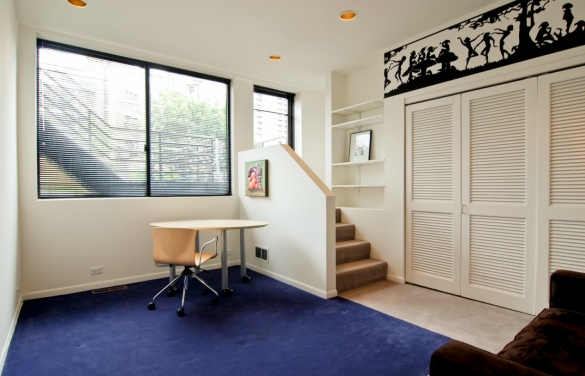 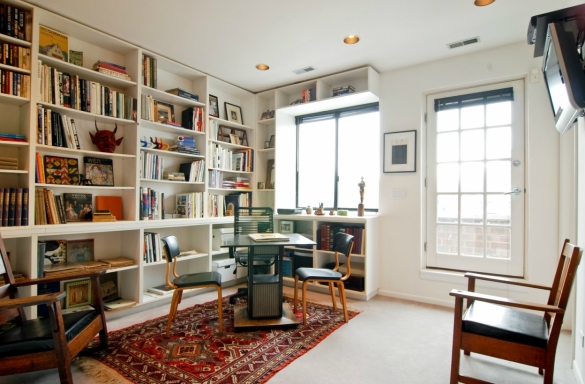 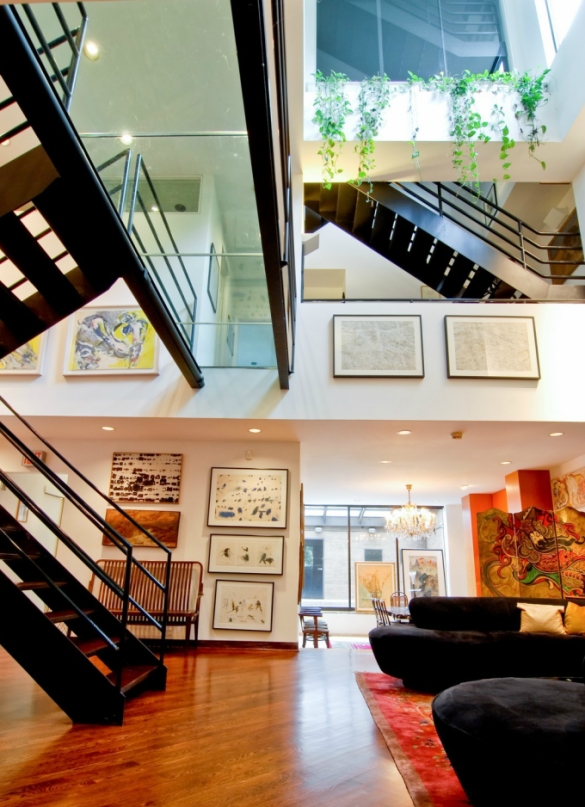 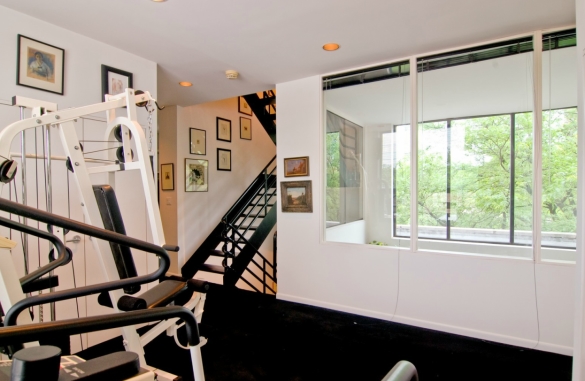 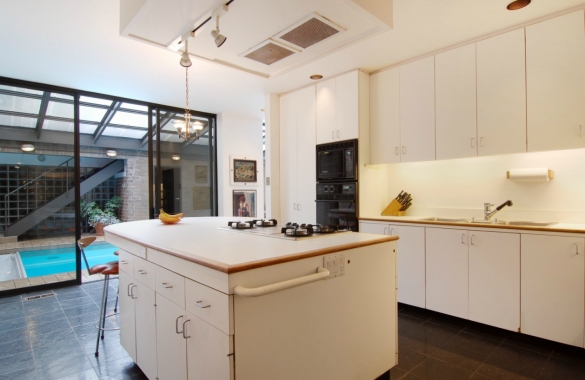 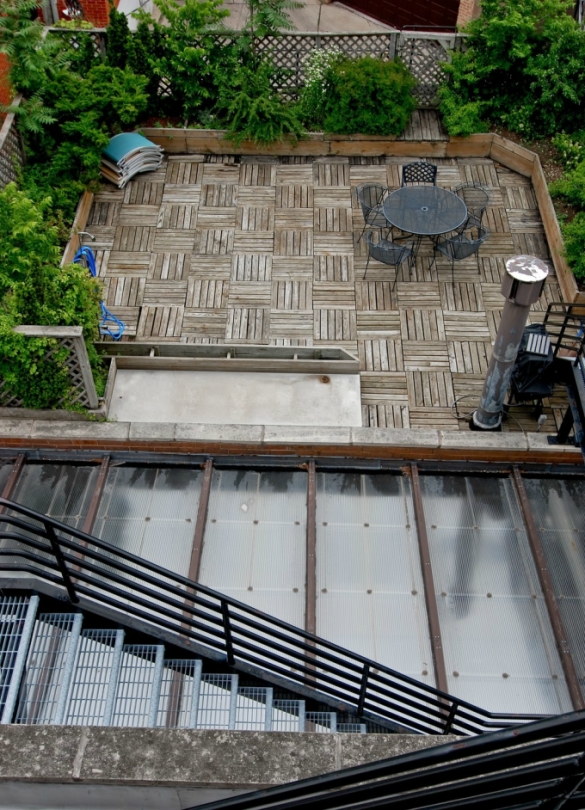 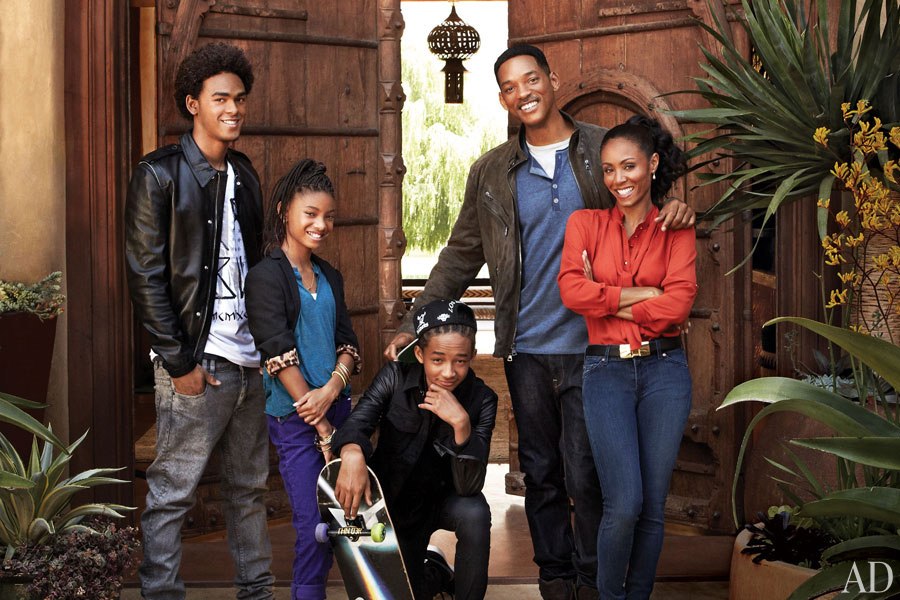 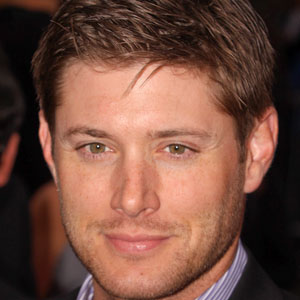 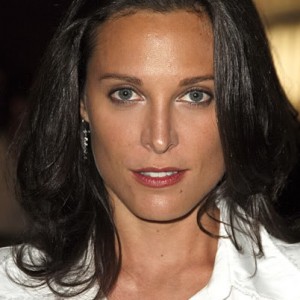