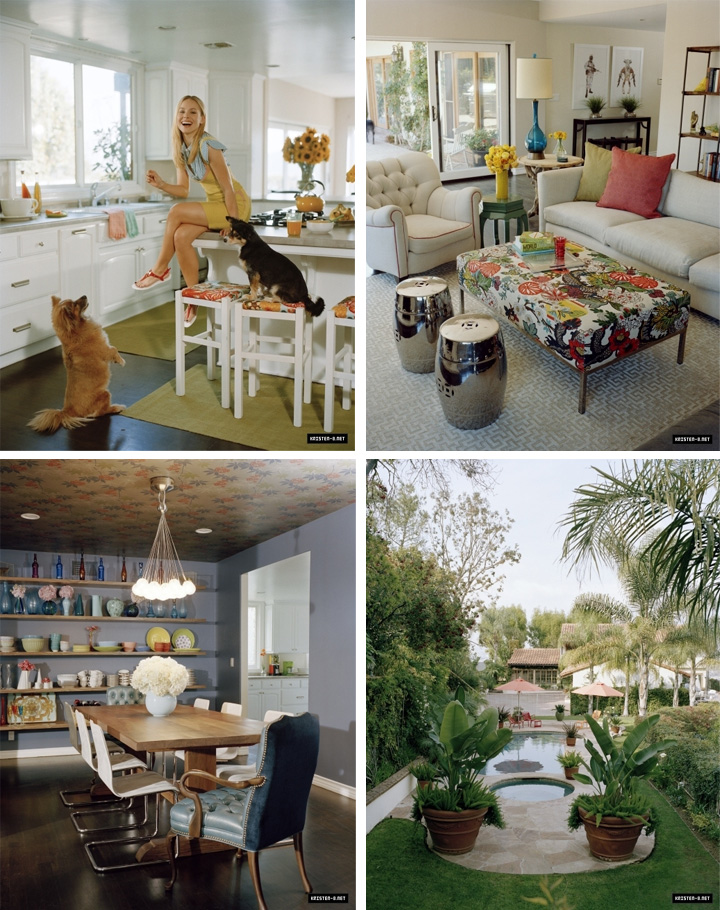 Records show Miss Bell, formerly engaged to producer Kevin Mann and now engaged to actor Dax Shepard (Parenthood, Baby Mama, King of the Hill, Punk’d), picked up her Studio City spread in November 2006 when the then 22-year old coughed up a very grown up $3,100,000 for the 2.6 acre property situated at the tail end of an exceptionally long private drive shared with two other homes.

[ad#Google Adsense u tekstu]The property in question was purchased through a trust but multiple online resources identify the property as owned by Miss Bell. Furthermore, the property in question is easily linked to Miss Bell as she had it photographed in all it’s low-key glam glory in 2009 for InStyle magazine who described the the the house as a “seven bedroom, 5,500 square-foot, Spanish-style home…on 2.5 acres, dotted with lavender, bougainvillea and abundant jasmine.”

The Los Angeles County Tax Man, for what it’s worth, shows the two story Mediterranean-ish mini-manse was built in 1969, measures 3,867 square feet and includes just 3 bedrooms and 3 bathrooms. Make of those discrepancies what you will.

The InStyle article went on to reveal that Miss Bell hired L.A.-based lady-decorator Stacey Vuduris to give the interior spaces a face lift and that the house was a virtual dorm with a constantly rotating cast of house guests and roommates and at one time “shared her home with six roommates” and three impossibly cute canines.

As far as we know and can tell buy a brief and entirely unscientific sweep through public property records, Miss Bell does not own any other property in Los Angeles but her fiancée Dax Shepard still owns the 3 bedroom and 4 bathroom high-hedged and double-gated ranch-style residence in the Los Feliz area records show he scooped up in December 2005 for $1,325,000. Perhaps it’s there Miss Bell decamped or perhaps not, we don’t know.

Kristen Anne Bell (born July 18, 1980) is an American actress. In 2001, she made her Broadway debut as Becky Thatcher in The Adventures of Tom Sawyer. After moving to Los Angeles, Bell landed various television guest appearances and small film parts before appearing in a lead role in the David Mamet film Spartan. Her first film role was an uncredited appearance in Polish Wedding. She gained fame and critical praise as the title role on the acclaimed television series Veronica Mars from September 2004 to May 2007.