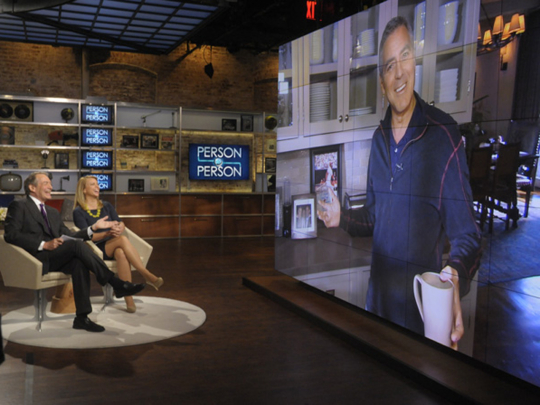 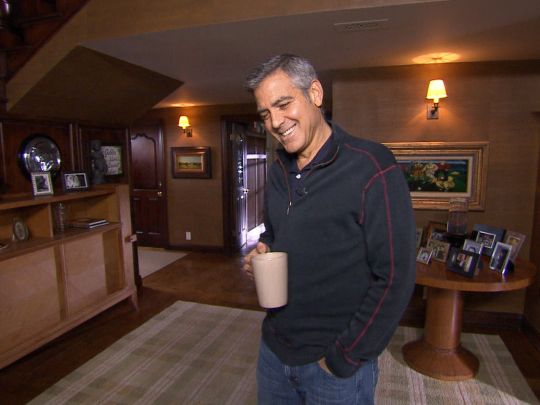 George Clooney had just won a Golden Globe for Best Actor in “The Descendants” when “Person to Person” came to visit. He welcomed Charlie and Lara into his home, coffee cup in hand, to begin his guided tour. 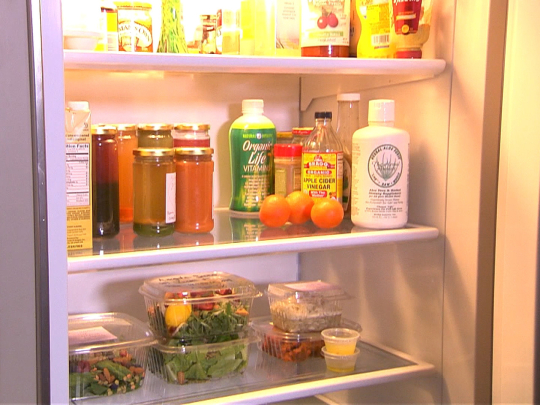 [ad#Google Adsense u tekstu]The tour starts in the kitchen with a peek inside his refrigerator. It’s all salads and juice for a reason. Clooney said his 2012 New Year’s resolution was “to eat better and to do one of those cleanses.” And, he joked, “I was really glad I did that.” 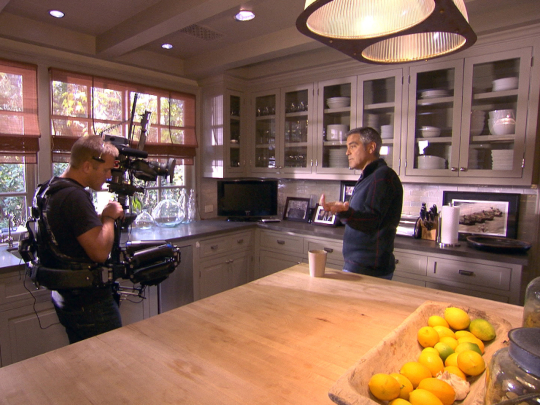 Clooney bought the house during his “ER” days. He says there is a difference between a house and a home. A house is a place to just live in, but “a home is a place where your family and friends are a part of.” 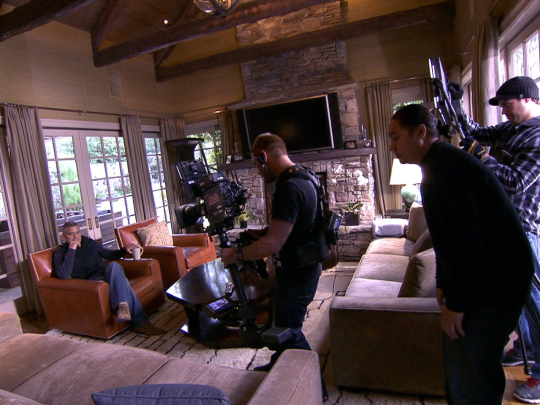 Clooney is a Cincinnati Bengals football fan and likes to watch games with his friends in this room. But, when he was a kid, he wanted to be a baseball player. Charlie Rose wondered what position he would have played. Clooney replied, “the bench.” 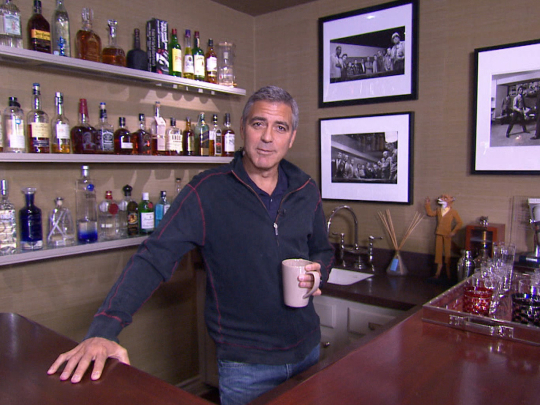 Clooney decorated his bar with pictures from both his and Frank Sinatra’s versions of “Ocean’s Eleven.” 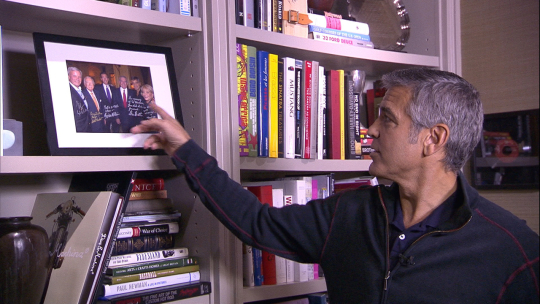 George Clooney’s interest in journalism is influenced by his father Nick Clooney’s long career in news. In fact, one of the reasons Clooney wrote and directed the film “Good Night, and Good Luck” about Edward R. Murrow – the original host of “Person to Person” – was because his father was a great admirer of the CBS newsman. 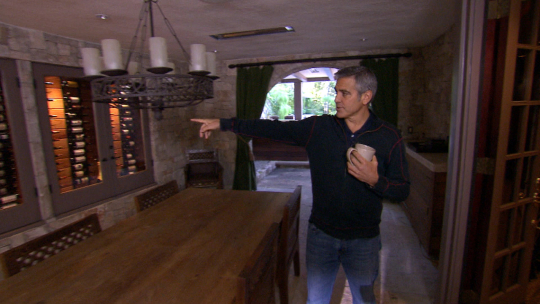 Clooney has an impressive wine cellar, and some advice on how to order wine in a restaurant. “Don’t order the most expensive ’cause then you’d be a jerk. Find something in the middle, pretend you know what it is, and say: ‘This is a fine wine.'” 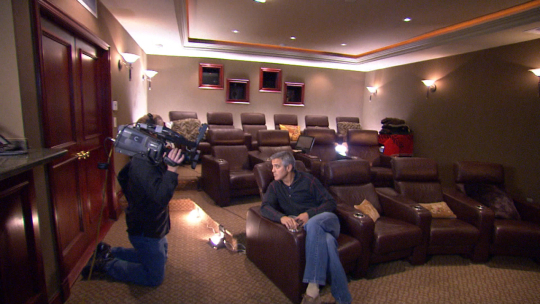 Clooney says watching movies in his screening room is one of his favorite things to do. He recently installed a 3D projector so he could watch 3D movies…

George Timothy Clooney (born May 6, 1961) is an American actor, film director, producer, and screenwriter. For his work as an actor, he has received three Golden Globe Awards and an Academy Award. Clooney is also noted for his political activism, and has served as one of the United Nations Messengers of Peace since January 31, 2008.