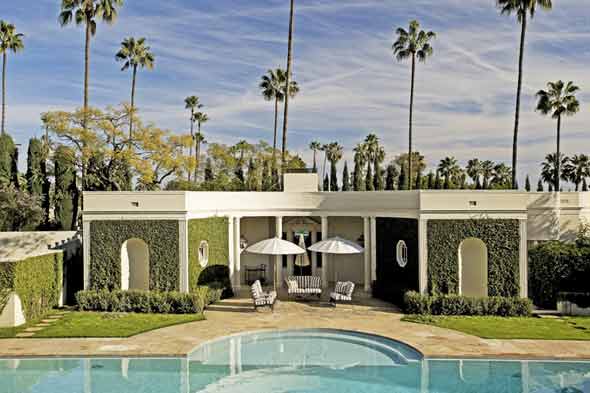 Kelly Wearstler is a famous interior designer and Playboy bunnie from 1994. She is married to Brad Korzen who owns hotels and he is real-estate magnate. Where the couple like this can live. Of course, in Beverly Hills.

They bought this over 11.000 square foot house for 25 million dollars and Kelly did her job. House is remodeled and renovated and now it’s worth over $45 million.

She used colorful matterials and luxury products to make this 15-bedroom house look like in a TV series. There are some really brave decisions about patterns but it all goes very good. She is interior designer after all. 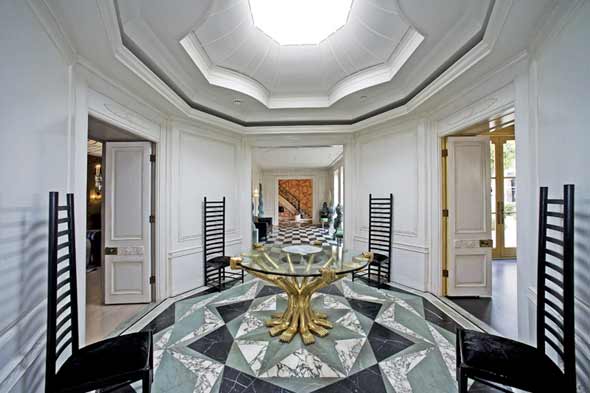 Kelly Wearstler (born November 21, 1967 in Myrtle Beach, South Carolina) is an American interior designer  known for being a judge on Top Design. According to The New Yorker, she is “the presiding grande dame of West Coast interior design.” As Kelly Gallagher, she was Playboy magazine’s Playmate of the Month for September 1994.