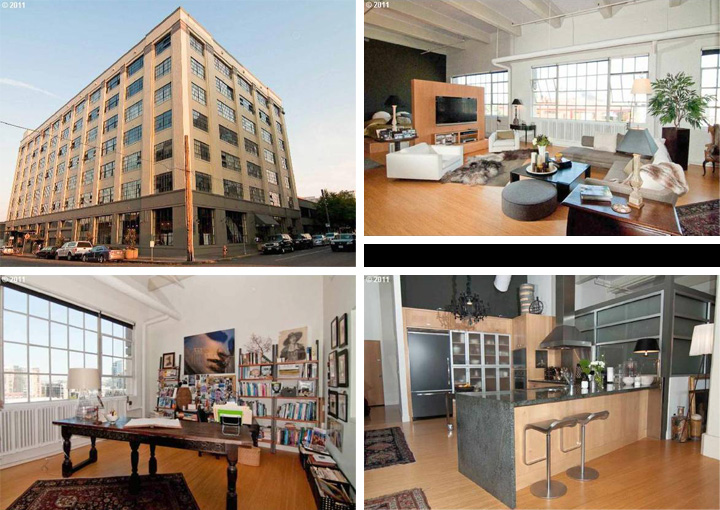 unbeknownst to this celebrity real estate gossip until yesterday, when we received a covert communique from a gal we’ll call anita snitch, by the time crooner k.d. lang sold her long-time residence in los angeles’ laurel canyon in may 2012 for $1,900,000 to maroon 5 keyboardist jesse carmichael she’d very quietly already scooped up her next home in the unexpected and—generally speaking—uncelebrified city of portland, or.

miz lang, who busted up with her long time gal pal last year and has been on tour for most of 2012, opted not for a house in portland but rather a couple of loft-style condominiums in a converted warehouse in the hip and trendy downtown neighborhood known locally as the pearl.

even though property records show the units were purchased from the same seller in two, simultaneous transactions in late february 2012, it appears to your mama the two condos are fully combined into a single living space. The larger unit, as per the multnomah county tax man, measures 1,188 square feet and the smaller just 829 square feet for a total of 2,017 square feet. listing information we managed to squirrel out of the internets shows the open-concept loft has one bedroom and 1.5 bathrooms plus an interior den/bedroom with a built-in murphy bed for overnighting guests.

property records show miz lang picked up both units for $639,000, a real ding-dang bargain compared to the cost of a comparable, centrally located 2,000+ square foot loft in a major metropolitan area like los angeles, san fran or the big apple. 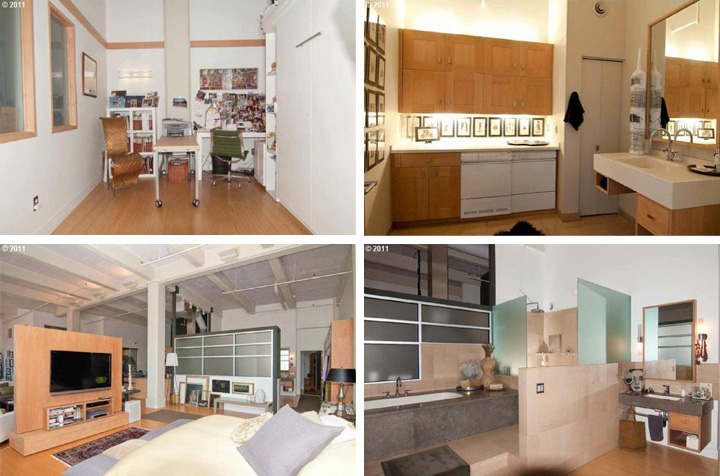 Kathryn Dawn Lang, OC (born November 2, 1961), known by her stage name k.d. lang, is a Canadian pop and country singer-songwriter and occasional actress. Lang has won both Juno Awards and Grammy Awards for her musical performances; hits include “Constant Craving” and “Miss Chatelaine”. She has contributed songs to movie soundtracks and has teamed with musicians such as Roy Orbison, Tony Bennett, Elton John, Anne Murray and Jane Siberry. Lang is also known for being a vegan as well as an animal rights, gay rights, and Tibetan human rights activist. She is a tantric practitioner of the old school of Tibetan Buddhism. She performed Leonard Cohen’s “Hallelujah” live at the opening ceremony of the 2010 Winter Olympics in Vancouver, Canada. Previously, she had performed at the closing ceremony of the 1988 Winter Olympics in Calgary. Lang possesses the vocal range of a mezzo-soprano.