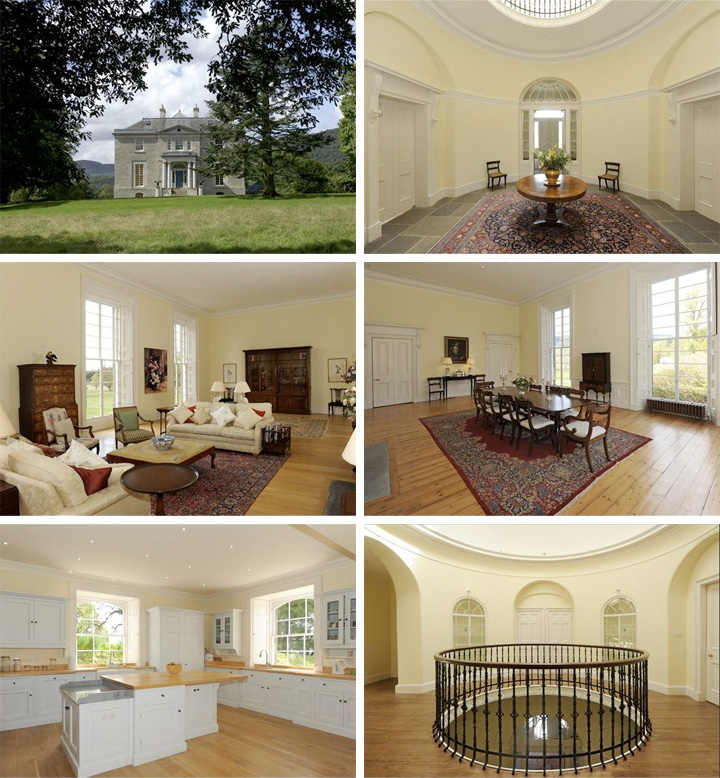 The actress Ashley Judd and her husband, Dario Franchitti, driver rally racing, they decided to sell its romantic and secluded home in Scotland, and his residence is protected from the prying eyes of all look for 3,8 million pounds.

[ad#Google Adsense u tekstu]Situated in the idyllic province of Scotland Stirlingshire, luxury residences actress Ashely Judd and her husband Dario Franchitti surrounded by greenery and fabulous nature and is located on land which is surrounded by small trees, which guarantees privacy.

Decorated very classic and somewhat traditional, this house, in whose every corner feels the impact of the past, has seven bedrooms and seven large and four small bathroom. His appearance this house really looks like a kind of castle, and the entrance area decorated with tall columns, while the rooms have high ceilings and large windows that provide an idyllic view of nature.

Especially the central dome stands the house which allows the passage of light from the very top down to ground, and there is a traditional inner courtyard that is completely paved and incredibly reminiscent of what a medieval garden. 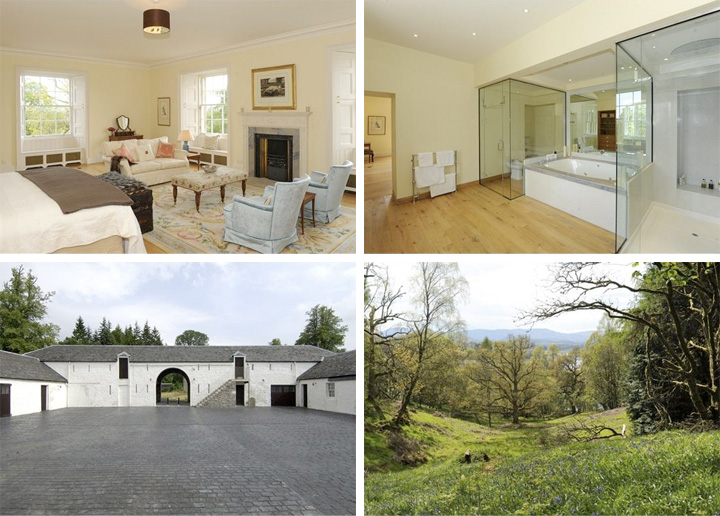 Ashley Judd (born Ashley Tyler Ciminella; April 19, 1968) is an American television and film actress, humanitarian, political activist, and philanthropist. Judd grew up in a family of successful performance artists as the daughter of country music singer Naomi Judd and the half-sister of Wynonna Judd. While she is best known for an ongoing acting career spanning more than two decades, she has increasingly become involved in global humanitarian efforts and political activism. Judd has played lead roles in films including Ruby in Paradise, Kiss the Girls, Double Jeopardy, Where the Heart Is and High Crimes. She starred as Rebecca Winstone in the television series Missing in 2012.