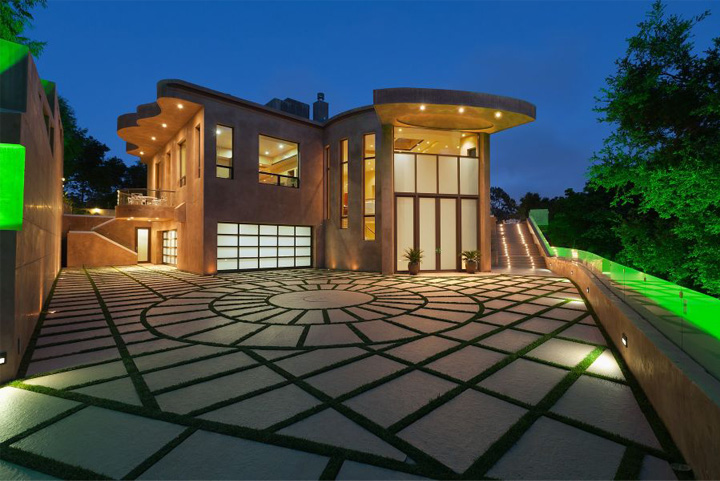 We know every other celebrity property gossip already discussed it days ago but in case any of y’all somehow missed it, Rihanna (allegedly) dropped $12,000,000 on a gated, privately situated and aggressively contemporary mansion in the Pacific Palisades area of Los Angeles.

Property records do not yet reflect a transfer of ownership so we can’t confirm or deny the reports of Riri’s purchase. Could be she wrote a check for the whole amount. Or could it be she simply rented the the property? In addition to being for sale the seven bedroom and 9 bathroom residential beast was, until recently, also listed for lease at an astounding $70,000 per month?

There’s probably little more we can add to the discussion so rather than get all bitchy at length about the bizarre scalloped roof line, the prominent entrance pavilion that looks like a damn Best Buy, the redonkulously cliché sweetheart staircase in the foyer, the chocolate brown crocodile embossed leather wall covering in the powder pooper, the curvaceous wood panels in the hotel-lobby like living room, the 11 (or more) gas fireplaces and/or the mint green counter tops in the otherwise dark green laundry room we’re just gonna let y’ll peruse the pictures and make your own assessments and judgements. 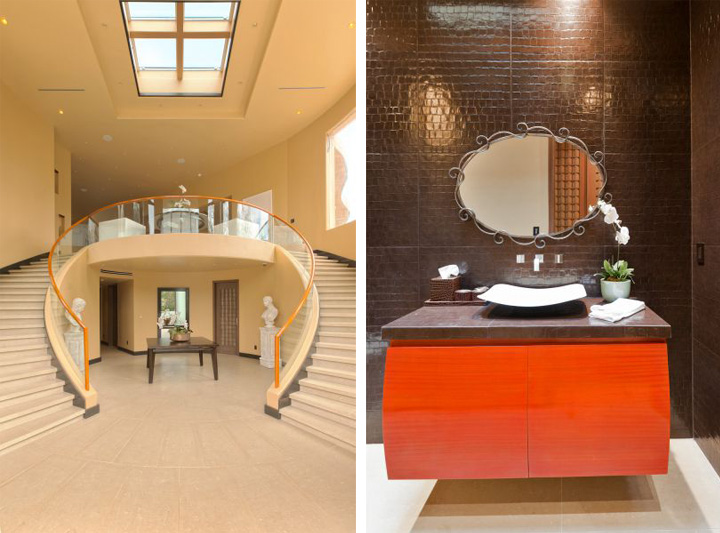 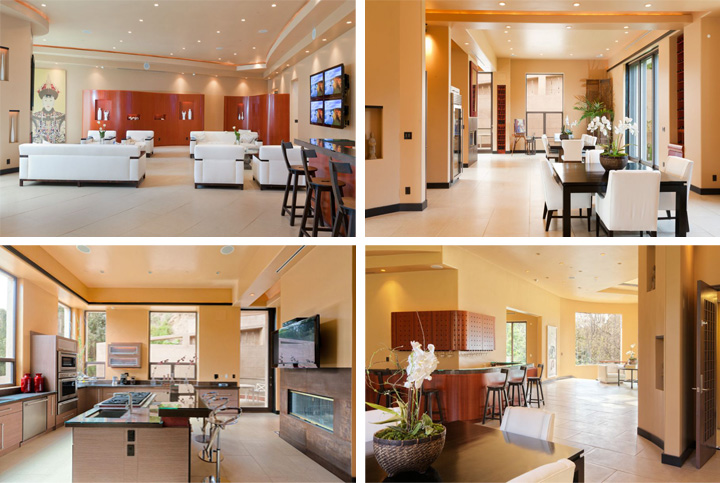 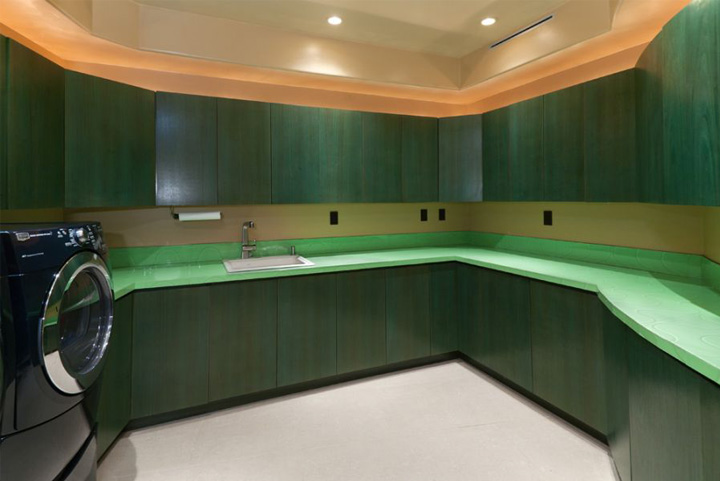 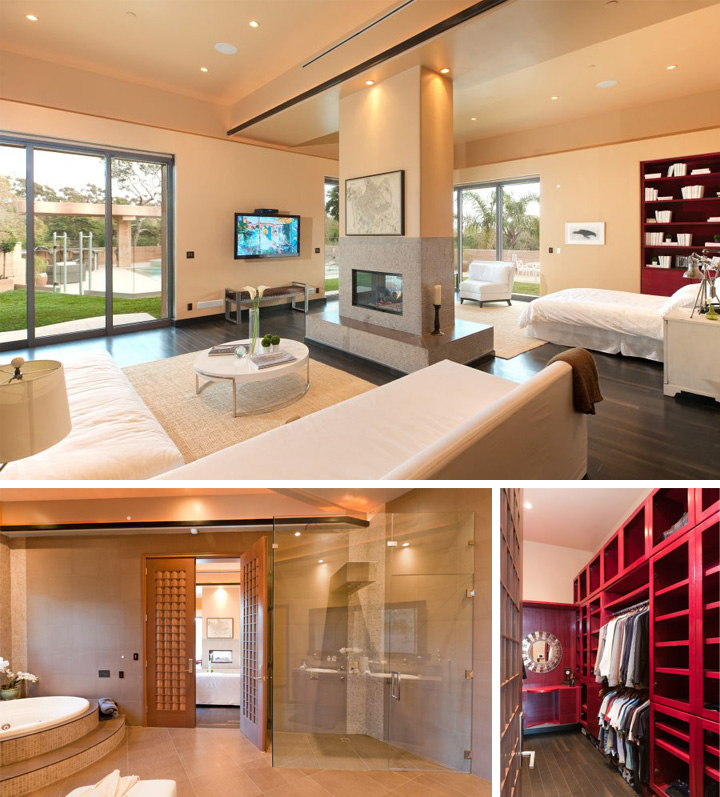 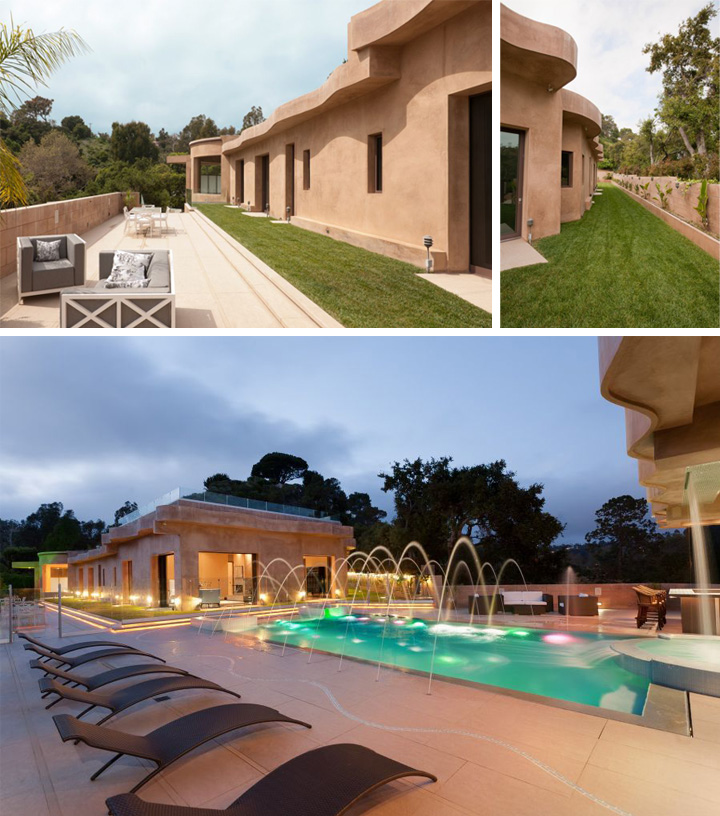 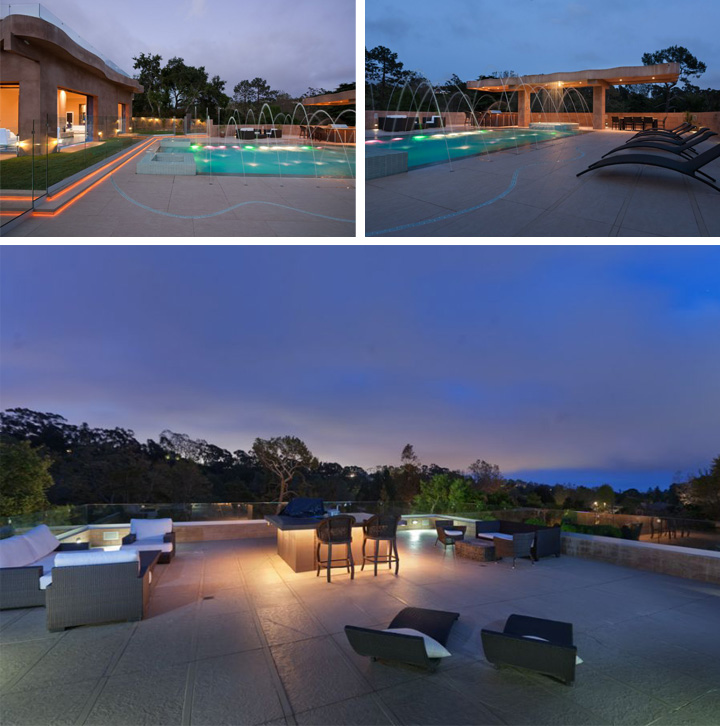 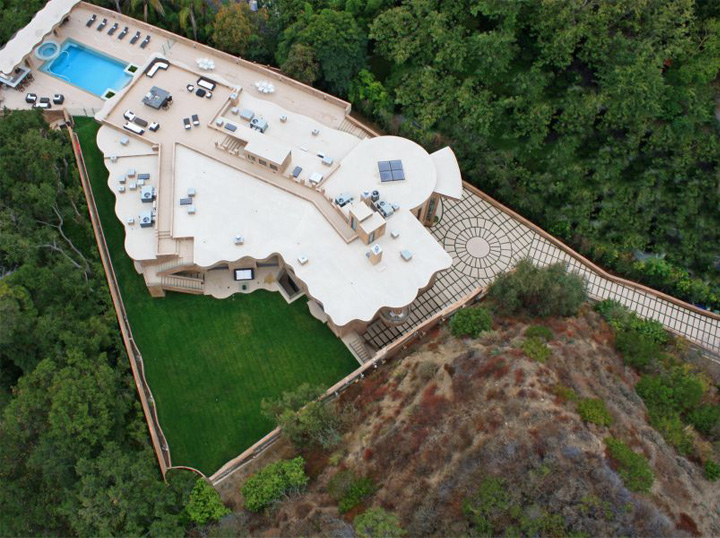 Robyn Rihanna Fenty (born February 20, 1988), known mononymously as Rihanna, is a Barbadian recording artist and actress. Born in Saint Michael, Barbados, her career began when she met record producer Evan Rogers in late 2003. At age 16, she moved to the United States to pursue a recording career and began recording demo tapes under Rogers’ guidance, subsequently signing a contract with Def Jam Recordings after auditioning for Jay-Z. Rihanna’s work has earned her numerous awards and accolades, including five Grammy Awards, five American Music Awards, eighteen Billboard Music Awards and two BRIT Awards. As of 2012, Rihanna has sold more than 25 million albums and 60 million digital singles worldwide since the beginning of her career in 2005, which makes her one of the best selling artists of all time.