George Hamilton is a great lover and he needs a great bedroom.  George and his girlfriend Barbara Strum showed us where they spend most of their time…

They are together for 4 years and it seams that they are very happy couple. George is famous actor and he is a now 72. George and Barbara was the couple in Dancing for the Stars show and they are together ever since.

George Hamilton’s house on the Palm Beach have beautiful ocean view and bedroom is oriented that way. Is that the reason why he like to spend so much time in the bedroom? Yeah, right! 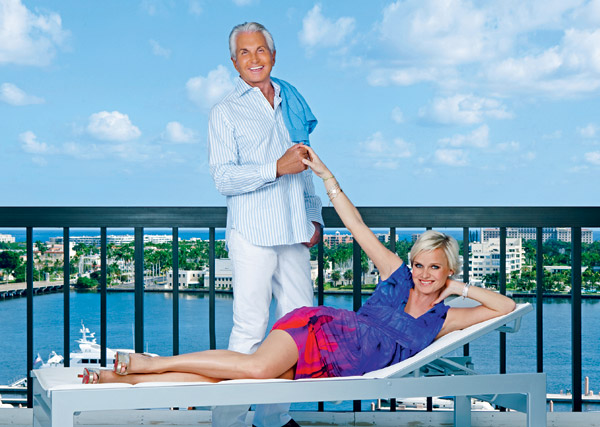 George Stevens Hamilton (born August 12, 1939) is an American film and television actor. Hamilton made two memorable bio-pics: Your Cheatin’ Heart (1964), in which he portrayed the country-western music legend Hank Williams, followed by Evel Knievel (1971), the life story of the motorcycle daredevil. A surprise blockbuster hit came his way in 1979 when Hamilton showed an unforeseen flair for comedy. Love at First Bite was the story of vampire Count Dracula’s pursuit of a young Manhattan socialite, played by Susan Saint James. It included such funny scenes as Dracula and his conquest dancing to “I Love the Night Life” at a disco.