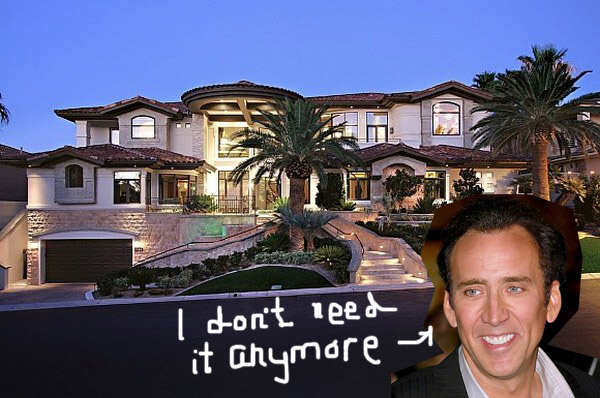 It is a known fact that movie star Nicolas Cage likes to invest in uncommon properties scattered all around the world. Even though at the present time the star is confronted with a few financial issues, his former homes are still evaluated at exorbitant costs. Take this Las Vegas 14,000-square-foot mansion for example, recently back up for sale for $8,9 million.

You are looking at an imposing residence with elevator and panoramic views of “Sin City”. This home features no less than seven bedrooms, a home theater, an impressive spa, a generous pool, a 16- car garage and many, many more.

Some of the interiors of this giant building resemble the halls of an opulent hotel, featuring intriguing art works and luxurious furniture elements.