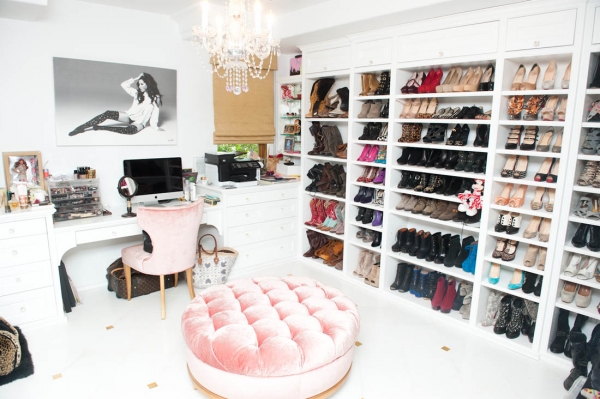 Ashley Tisdale opens the door of her new house for magazine The Coveteur.

[ad#Google Adsense u tekstu]We feel like we watched Ashley Tisdale grow up before our eyes; not in a Michelle Tanner kind of way, of course—but you know what we mean. Although her Disney days are far behind her, Tisdale has certainly moved on to more mature roles and commendable endeavors. While Sharpay lives on as her persona of the past (R.I.P. HSM), Tisdale has since added recording artist and producer to her resumé. She’ll even be starring in a couple upcoming episodes of Sons of Anarchy and taking the lead in Scary Movie 5 (bye bye Anna Farris!), so clear off your calendars now. Tisdale may have grown-up, but it’s obvious her style has evolved, as well. Ashley Michelle Tisdale (born July 2, 1985) is an American actress and singer who rose to prominence portraying the candy-counter girl Maddie Fitzpatrick in Disney Channel’s The Suite Life of Zack & Cody and the female antagonist Sharpay Evans in the High School Musical film series. The High School Musical series became a successful franchise which included two television films, a feature movie, a spin-off and numerous soundtrack albums. The popularity earned by Tisdale in High School Musical led her to sign a solo record deal with Warner Bros. Records in 2006 that allowed her to release two studio albums, Headstrong (2007) and Guilty Pleasure (2009).