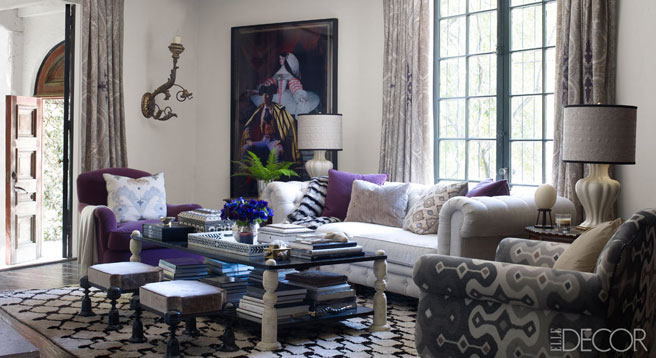 One of TV’s favorite decorators, Martyn Lawrence Bullard fills his home with enough Hollywood glamour to live up to its storied past.

In the living room, the chesterfield is upholstered in a Rogers & Goffigon linen, the lamps are by Christopher Spitzmiller, the photograph is by Denise de la Rue, the sconce is 18th-century Italian, and the rug is by Mansour Modern. Bullard designed the ­cocktail table, stools, and the patterned chair; that chair and the curtains are of fabrics he designed for Schumacher.

Yet even the charms of the old can grow, well, old. Without sacrificing the louche feeling of the 1920s—an era when movie stars built Egyptian-­revival rooms and decorated with Chinese opium beds—Bullard set about transforming the home he shares with his partner, producer Michael Green, and their Wheaten terrier, Diva. Having popularized the current bohemian-decor craze in his clients’ houses and at the Colony Palms Hotel in Palm Springs, California, Bullard brought it home, creating a worldly sanctuary that accommodates his modern lifestyle and passion for films, fashion, travel, and photography. 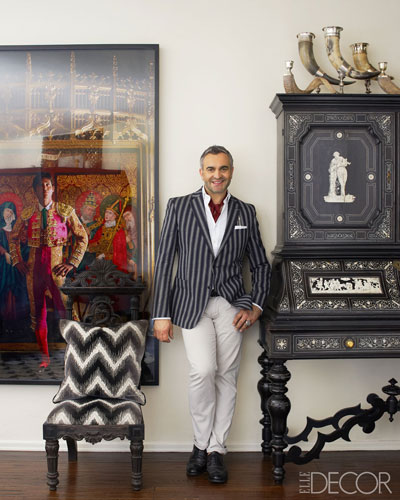 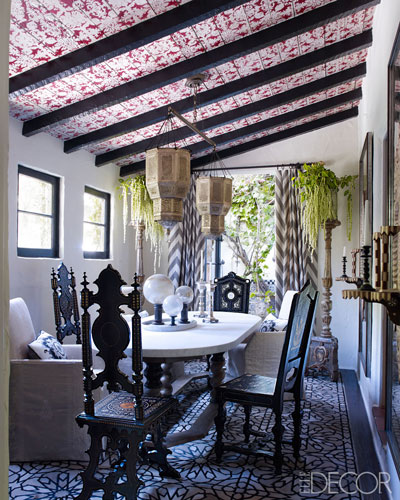 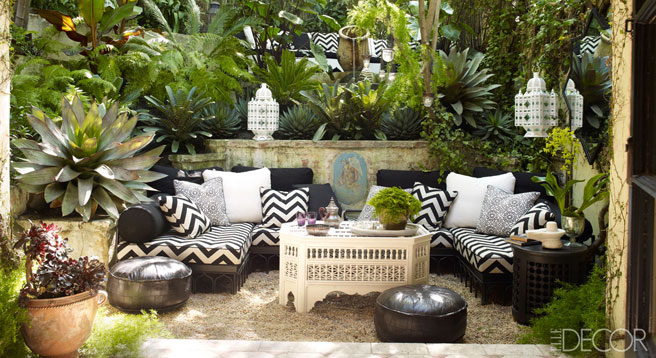 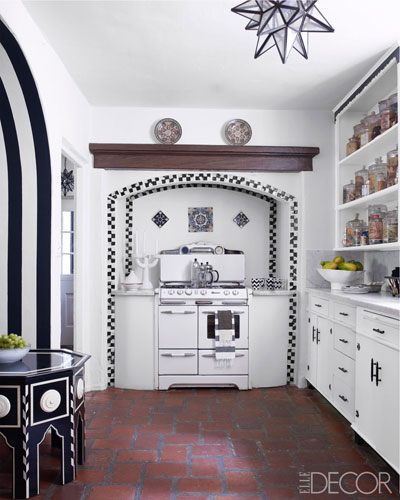 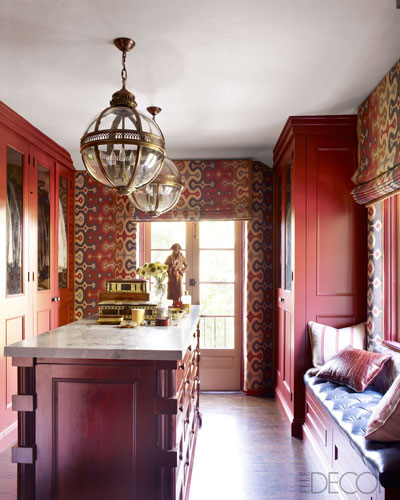 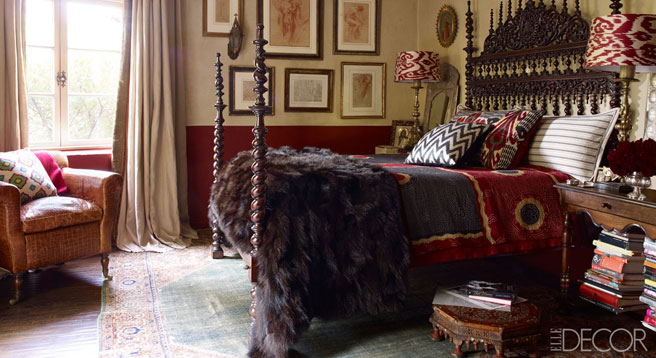 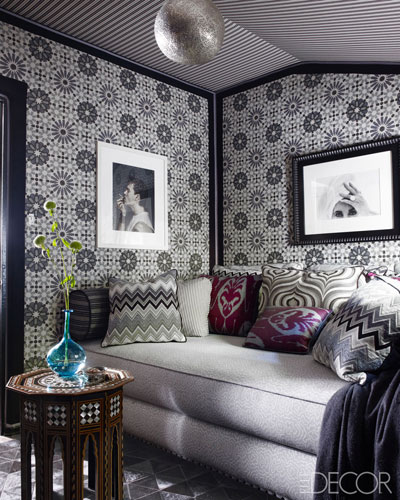 Known for dramatic interiors that meld Hollywood glamour and ethnic exotica, Martyn Lawrence Bullard doesn’t just design for A-listers—Cher, Elton John, and Jimmy Choo’s Tamara Mellon, to name-drop a few—he also lives like a star. For eight years, the droll Londoner, seen on Bravo’s Million Dollar Decorators, has made his home in a 2,800-square-foot 1922 Mediterranean villa in Whitley Heights, one of Los Angeles’s first celebrity enclaves. Previous tenants have included silent-film icons Rudolph Valentino and Gloria Swanson. Later, novelist William Faulkner wrote screenplays on the balcony off what is now Bullard’s master bedroom. “It’s amazing to live with something original,” says the designer, who decamped for L.A. in 1994 as an aspiring actor and now plays himself on TV. “When you walk in, you are immediately swept up in the romance of history and this old style of living.”