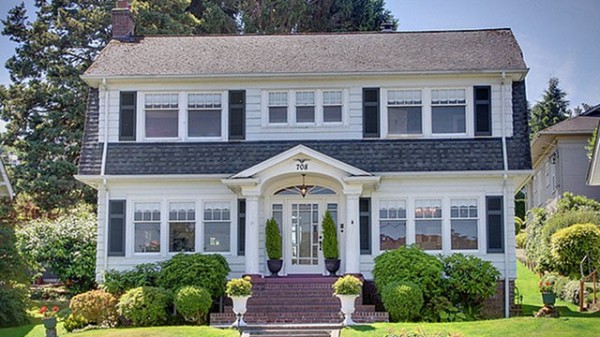 Welcome To Twin Peaks reports that the fictional home of Laura, Leland, and Sarah Palmer is currently for sale for the very reasonable asking price of $549,950.

The 4 bedroom and 1.5 baths residence in Everett, WA that was once the fictional home of the Palmers is now for sale. Located at 708 33rd St, Everett, WA, the house was used for its interiors in the David Lynch-directed Twin Peaks pilot and for both interior and exterior scenes in Twin Peaks: Fire Walk with Me. The living room, the dining room, the kitchen, Laura Palmer’s bedroom,… All there and fairly recognizable. Only the establishing shot you see in the show —the one with the apple tree in the front yard— is the exterior of a house in Monroe, WA.

Unsurprisingly, the description on the real estate website makes no mention of Twin Peaks:

The asking price is $549,950. Not sure if that includes the most creepy ceiling fan in history. When a residencefeatured in Twin Peaks goes on sale, I always hope a fan ends up buying it and turns at least one room into a museum or a shrine. This one even has a large basement, which would make a perfect Red Room.

Now let’s compare some of the vibrant promotional photos by the real estate agency to what we see in the show and in the movie. 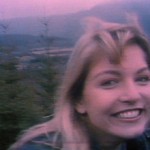 Laura Palmer is a fictional character from the American television series Twin Peaks on ABC. She is portrayed by Sheryl Lee and was created by the series creators David Lynch and Mark Frost. A high school student whose death is the catalyst for the events of the series, Palmer is the main protagonist in Lynch’s prequel film Twin Peaks: Fire Walk With Me, which depicts the final week of her life leading up to her murder – Wikipedia.