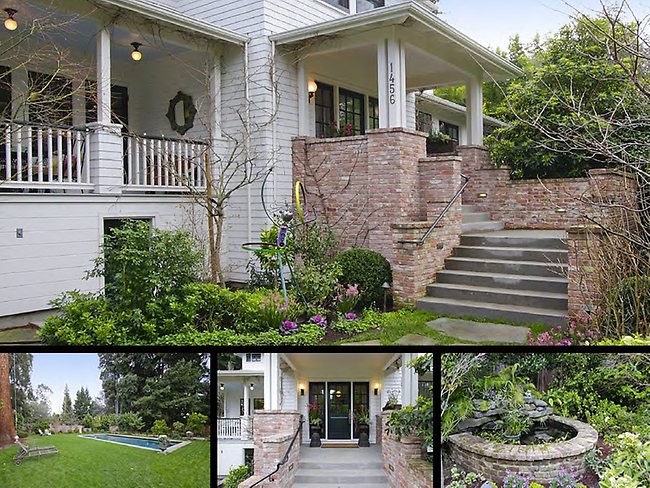 One of the founders of Facebook, a young rich man Mark Zuckerberg recently afford the house of his dreams in California, Palo Alto.

Mark Zuckengberg recently bought this house, but this time we have a pictures inside of luxurious residence in sunny California worth seven million dollars! Eccentric Zuckerberg, although it is known for its modesty, this time he did not spared money. His new home got a a swimming pool with salt water and five bedrooms.

Facebook offices are also to be moved, in the former offices of Sun Microsystems in Menlo Park near Palo Alto. The complex covers an area than 93,000 square meters.

Otherwise, Facebook intends to continue to expand, and the number of employees each year are increasing by 50 percent. Mark Elliot Zuckerberg (born May 14, 1984) is an American computer programmer and Internet entrepreneur. He is best known for creating the social networking site Facebook, of which he is chief executive and president. It was co-founded as a private company in 2004 by Zuckerberg and classmates Dustin Moskovitz, Eduardo Saverin, and Chris Hughes while they were students at Harvard University. In 2010, Zuckerberg was named Time magazine’s Person of the Year. As of 2011, his personal wealth was estimated to be $13.5 billion.