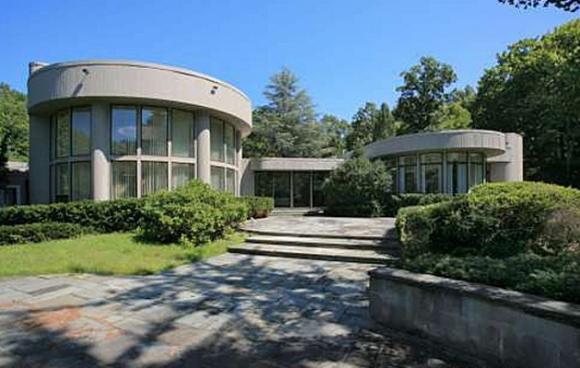 In case you haven’t heard the saying, there are three Ds in real estate: diapers, divorce and death.

Unfortunately, in the case of Whitney Houston, the last D applies to her Mendham, N.J., home, which has been on and off the market since 2009.

[ad#Google Adsense u tekstu]The unusual circular property was home to Houston and her ex, Bobby Brown, and had a prominent role in the 2005 reality TV show “Being Bobby Brown,” according to Zillow.

Houston grew up in Newark, so a home in Mendham, which is 40 miles west of Manhattan seems logical. This house was built in 1992 and features stained glass, high ceilings, skylights and large windows, according to Zillow.

Whitney Elizabeth Houston (August 9, 1963 – February 11, 2012) was an American recording artist, actress, producer, and model. In 2009, the Guinness World Records cited her as the most-awarded female act of all-time.[1] Houston was also one of the world’s best-selling music artists, having sold over 170 million albums, singles and videos worldwide.